The Bell Telephone Company (Bell) of Canada was formed in May 1880.  The first Bell Telephone factory and repair shop in Canada was opened in Montreal in 1882, and a new company was incorporated for this business in 1895 under the name of ‘Northern Electric and Manufacturing Company Ltd.’  This company merged with another company, the ‘Imperial Wire and Cable Co.’, also owned by Bell, in 1914 to form the ‘Northern Electric Company Ltd.’ (NE), with the majority of NE stock owned by the Bell Telephone Company of Canada.  By 1917, NE were advertising a breadboard construction ‘Radion receiving Set’ with a choice of crystal detector or a de Forest RJ9 Audion tube.

In 1923, six companies agreed to pool their patent holdings, following the example of patent mergers with RCA in the US.  These companies were Canadian General Electric Co., the Marconi Wireless Telegraphy Co. of Canada, the Canadian Westinghouse Co., Bell, NE, and the International Western Electric Co (WE).  In addition to patent pooling, some of these companies, eg, NE and Bell, realized that economies could be realized by centralizing production, storage and distribution of their products.  In April 1925, NE entered into an arrangemen 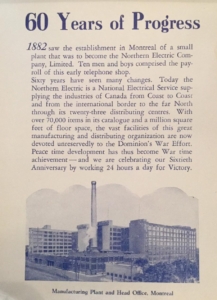 t with the Victor Talking Machine Co. of Canada Ltd of Montreal (Victor) and began production of a series of receivers in which NE provided the chassis and Victor provided the cabinets.  This ‘joint venture’ was to be short-lived and dissolved in 1926, with Victor manufacturing complete radio sets until merging with RCA in 1929. 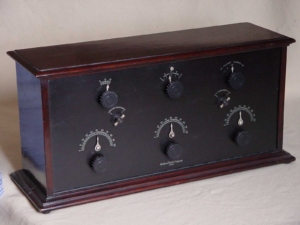 In January 1923, Northern Electric started to operate an AM radio station with call letters CHYC, and much of the programming was religious services for the NE employees and families in the community.

Subsequently, NE halted the design and production of receivers in 1926.  It is likely the reason for this cessation of production was the introduction of AC-operated radio sets by other manufacturers, and NE lacked the necessary tube technology to compete in this growing market (see Rogers article for more information on AC-operated tubes).  Also, as a telephone company at heart, their plants were not set up for the production of more appealing and elaborate cabinets that were becoming vogue by the late-1920’s.  In 1930 NE began to market receivers manufactured by other companies, including American Bosch and Westinghouse, sporting the NE badge, starting with the Models 5 (‘Minaki’) and 5S (‘Nipigon’), both AC-powered.  Dur 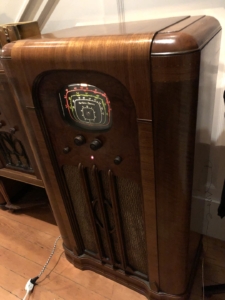 NE, in association with WE, began designing and manufacturing their own receivers again in the mid-1930’s as the effects of the depression started to recede.  Collaboration with American Bosch also continued, with sharing of intellectual property, and several NE models of this pre-WWII period were very similar to those of American Bosch, eg. Model 911 (‘Queen Mary’) - photo, right.

Production of domestic radios ceased between 1942 and 1946, with the NE manufacturing facilities being turned over to wartime production requirements, where the company produced a wide variety of electrical and electronic equipment and parts (list – from a WWII NE calendar below). 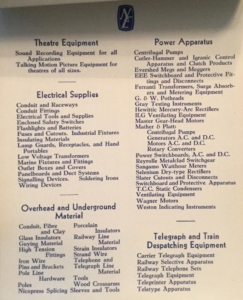 In 1949, an antitrust suit in the U.S. forced AT&T/WE to sell its stake in NE to Bell, and NE was subsequently spun off in 1956, with WE terminating its patent and licensing relationship with NE.  Deprived of its WE connections, NE began developing its own products.  Bell acquired 100 percent of NE in 1964; through public stock offerings starting in 1973, Bell's ownership of NE and its successors would be reduced, though it continued to have majority control.  Throughout its history, NE’s main product line remained telephone equipment, and it became Northern Telecom in 1976, then Nortel Networks (‘Nortel’) in 1995, eventually ceasing business in 2009.

A site titled Northern Electric Radios Through the Years, provides an excellent illustrated list and description of most NE models from 1922 through 1957, the last item listed being the Model HF 130S stereo HiFi amplifier. 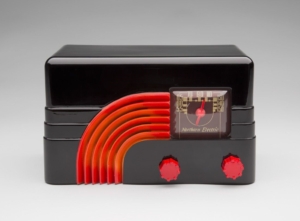 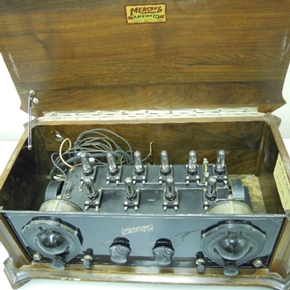